It’s finally Autumn and the leaves are starting to fall. The first half of September was taken up by travelling and recovering from travelling, however coming home has made me so excited for Halloween and Christmas time! Also I’ve found a new app on my phone which will help me with my featured images so they will all be updated soon for the past months 🙂 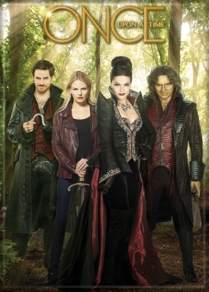 Once Upon A Time:

This series first came out in 2011 and follows Emma Swan as she is reintroduced to the son she gave up a decade prior. He is convinced the town he lives in (Storybrooke, Maine) is full of inhabitants from Fairy-Tales including Snow White, Red Riding Hood, Prince Charming, Rumpelstiltskin and the Evil Queen. Emma decides to stay in Storybrooke to get closer to her long-lost son and she might even realise her true destiny.

I love this show, it’s a mix of all the fairytales we grew up reading with a modern day twist. This show is also filled to the brim with strong female characters, all of which have interesting background stories and are willing to fight for the greater good of their town.

I’ve already wrote a post about my trip to NYC (which will be posted soon) so this will be brief. New York City was everything I expected and more.. it was full of lights/colour, busy and never dull. But NYC is so much more than that, once you venture outside Midtown, the city transforms in to a beautiful metropolis with tonnes history, beautiful architecture and interesting inhabitants. I advise everyone to check out NYC at least once in their lifetime.. what a city!

I can’t begin to explain how much I love this anime, this is the 4th or 5th time re-watching it and I am still obsessed!

Code Geass starts after The Holy Empire of Britannia conquers the country of Japan and renames it Area 11, it’s original inhabitants are stripped of their rights and are now called ‘Elevens’. Lelouch Vi Britannia and his sister are sent to Area 11 as political pawns after their mother is brutally murdered.. Lelouch vows to destroy Britannia one day. Seven years later Lelouch is accidentally involved in a terrorist attack and meets a mysterious girl with extraordinary powers who saves his life by bestowing the power to command anyone he pleases. With this new found power Lelouch orchestrates a rival to Britannia and tries to change the world into somewhere safe for his sister.

I have been patiently waiting for a remaster of the first three Spyro games (originally on Playstation 1) since they announced the remasters of Crash Bandicoot. My prays to the Gaming God’s were answered while in New York so I rushed to the local GameStop and snapped it up quick.

The reignited trilogy is a remaster of the first three Spyro games, Spyro the Dragon, Spyro 2: Ripto’s Rage! and Spyro: Year of the Dragon. Playing all three games is highly nostalgic and the graphics look amazing on the Switch, so bright and colourful.

Spooky season is almost upon us and I am so darn excited! As we have our own place now we are hosting a Halloween party and I’ve already started getting items ready for it. I bought Lock, Shock and Barrel masks while in New York so my costume is sorted as Barrel wears a skeleton top which I already own, I also won a Caft Pros face and bodypaint pallet so drawing his signature, creepy smile will be easy now. I’ve also been Halloween Bargain hunting and have picked up cheap Halloween themed cookie cutters form Wish, a cauldron to fit lots of sweets and goodies in, pumpkin and skeleton light holders and a pumpkin cake tin. Going to be hunting for more Halloween on a budget items this month, might do a post next month to show you all.

Blue Exorcist is an anime that I didn’t hear much about until it came onto Netflix but I’m so glad I gave it a shot. The show revolves around Rin Okumura who, with his twin brother Yukio, find out they are the sons of Satan with Rin (being the older twin) gaining some of Satan’s powers. While trying to protect his adoptive father, Shiro Fujimoto, Rin manages to draw the demon slaying sword, Kurikara, which restrains his demon-powers. Determined to learn how to become and exorcist and defeat his true father, Rin enrolls in True Cross Academy, an exorcist cram school, that his brother is already a teacher at.

The more episodes we get through the more I am hooked on Blue Exorcist. The characters all have so much depth and great backstories, the animation styles blend well together and the animators have added the so many details to make the characters and the locations feel so real. 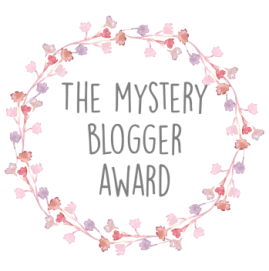