I thought I’d set up a new little series about my monthly favourites for each month, I know I’ve missed two months of the year already but if this is a hit I’ll continue this series in to next year. Every month I’ll list a handful of activities/items/songs/TV shows/films/games etc, that have made me happy. Hopefully you all enjoy! 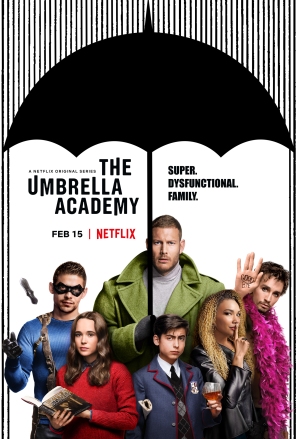 I’ve recently got in to watching Netflix daily now my Sky Q box connects to the software so I don’t have to turn on my laptop every morning and evening. The Umbrella Academy is a TV series based off of the comic of the same title written by Gerard Way and Gabriel Bá. The story opens up with 43 women all around the world giving birth on October 1st 1989, although none of the women were pregnant earlier in the day. Only 7 of these children are found and adopted by Sir Reginald Hargreeves, a billionaire who discovers the children have unique powers and turns them all in to a superhero team. In present day, the estranged siblings return to their childhood home to attend their late father’s funeral. They discover that the apocalypse is imminent and have to try to band together to unearth the secrets of their dysfunctional family and save the world.

Another Netflix show that I binged watched in about a week and a bit (1 and a half seasons). Dynasty follows the lives of the infamous Carrington family, with heiress Fallon Carrington (played by Elizabeth Gillies) being the front runner. Fallon returns back to Atlanta to find her father Blake has married someone half his age and has promoted her to CEO of the family company, the position Fallon has had her eyes on her whole life. With Fallon vying with Cristal for the top role chaos and drama ensues. Dynasty is basically the newer version of Gossip Girl and 90210, with more schemes, more drama and more glamour.

This month alone I’ve read four of Courtney Summer’s novels: Sadie, Some Girls Are, Cracked Up To Be and All the Rage. Each book showcases complex issues in today’s society and shows how cruel being a teenager can be – it’s not your average Young Adult novels. I will be getting more of her books in the next coming months, so please watch out for more reviews. 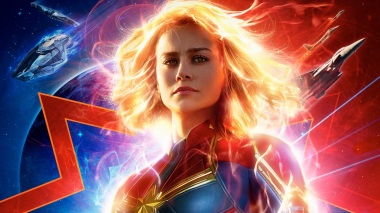 I went in to the cinema not expecting a lot, as much as I loved all the superhero movies when I was younger – I’m getting a bit bored of them now. However, Captain Marvel has changed it all for me and I’m quite looking forward to The Avenger’s: Endgame now! Captain Marvel is set in 1995 and follows Carol Denvers as she realises her destiny to become the all powerful Captain Marvel and end the galactic conflict between two alien worlds. The film came with so much action, a banging 90’s soundtrack and a cute cat called Goose, definitely one to go see!

I don’t do New Years Resolutions but this year I’ve been wanting to try new foods that I wouldn’t have dared try beforehand. First up is Japanese food and it’s fast becoming a favourite. To ease in gently I went to Wagamamas and ordered the Chicken Katsu Curry which was mouth wateringly gorgeous! I also tried the chicken and pulled pork gyozas which were lovely too. My boyfriend loves Japanese food and always orders different items every time we go so I get to try an arrange of different things without having to order it, win win. We also went to Yo! Sushi a few weeks ago as my biggest food phobia is raw fish.. luckily that had a lot of chicken dishes on the menu and the most lovely desserts. I did try Salmon Sushi and wasn’t a big fan, but I’m proud of myself for trying it. Wagamamas and Yo! Sushi have a new regular customer in me now.

Last week me and my boyfriend drove up to Bristol for his birthday, we’ve never been before and it gave me a chance to get used to driving longer distances. Bristol was a beautiful city full of culture, street art and historical buildings – there was so much to see and do. We ended up seeing a few of the locations used to film the TV show Skins (which is my favourite show of all time), like Brandon Hill, Rocotillos, College Green and Thekla. We also went to Bristol Zoo, Clifton Observatory and St Nicholas Market, and visited the shopping quarter which houses the high street and Cabot Circus shopping centre. I will be writing  review of Bristol soon so keep your eyes peeled for that!

Spring has thankful arrived, it’s been quite warm and sunny down in the south. I went to the beach on Saturday for a walk and it was amazing feeling the sun’s rays beaming down. Also getting up at 6am to go to Bootcamp class hasn’t been so daunting now it’s light at this time, it’s amazing how much more energy I have and how much more positive I’m feeling.

Thanks for joining me on my first ever Monthly Favourites. Can’t believe it’s already the end of March, excited to see what April brings now! 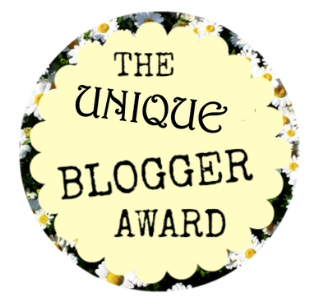